While making some minor changes on the bike I thought it was fun to give my axed tank a little make over. With some leftover rattlecans, masking tape and almost no time I made this..
Wat do you need;
1- gastank
2-paint
3-masking tape 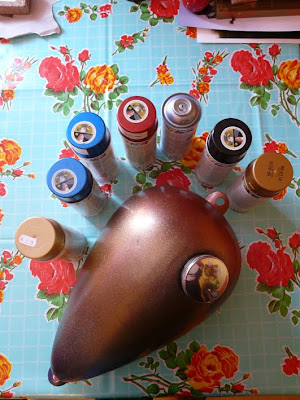 I wanted to start with a gold base, but unfortunately the can was almost empty already.
The pic doesn't show how bad it looks. But it's just a base for the striping tape so.... never mind. It's meant as a joke anyway! 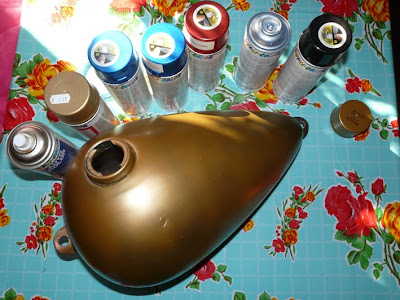 With the base on it you can go berserk with the masking tape.
No clue what I was doing! 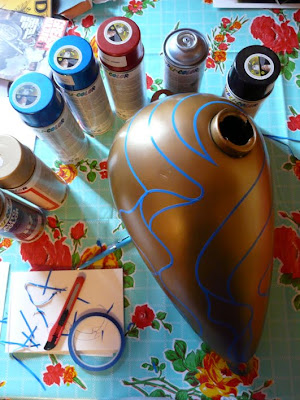 I also mask the inside from the banners. 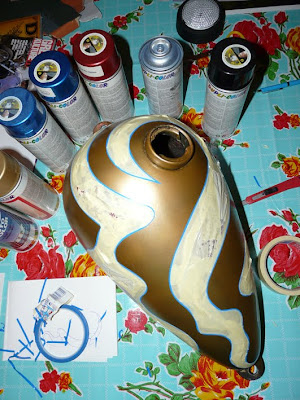 Then I use the red I once used for a rear wheel. After removing the white tape this is the result.
Mmmmm, not so bad. The blue tape is stil on, masking the gold. 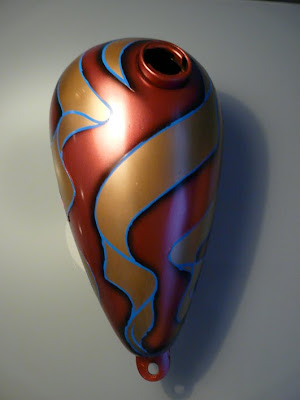 Then I mask the red. 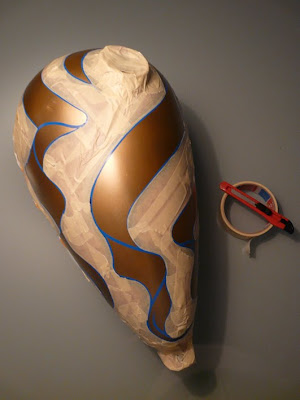 Now things are going to fast.
I spray the banners blue and do some shadow with the airbrush.
Clearcoat on it and before I have time to make a picture I've got to go to a party.
No time to dry the paint or do a test ride with my "new" KH fork.
But the result isn't that bad at all.
More later!!
Posted by Sik at 10:12 AM