So Case came by to tell me about a secret plan he had. I offered him a cup of coffee, but he then told me he didn't drink any coffee. What's kind of weird I think. He told me his secret and then Jessey came by. Jessey took two croisants, but there where three of us, so Jessey decided to eat both by himself. At that time Case didn't want to continue telling me about his crazy plans and Jessey asked me for a plate for his two croisants. I gave him a Teletubbie plate from my youngest son and a cup of coffee, because Jessey does drink coffee. But than, and now it's getting good, Jessey threw a small golden racing car on the table. It looked rather old but was still on the original card. And guess what? Jessey took it for me! Why? Because no one, and I really mean no one, can resist a vintage golden race car!! 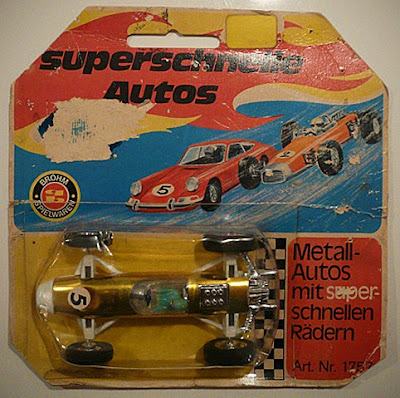 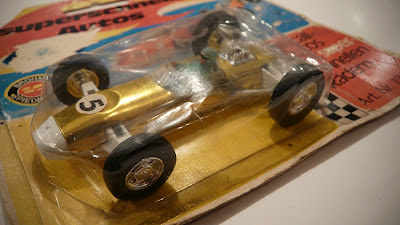 Maybe you need to offer other thing so that he can share you his secret..LOL...

Well Ayasha, actually the secret is know to me by now. Because Case and I both got beards. But Jessey is the youngster among us. No beard means no knowledge!!
But he (and the rest) will find out next year....

No way Rene!!
The Sikster is guilty of this inpossible job!